The clan of stars came together to celebrate cousin Mohit Marwah and his wife’s baby shower ceremony. 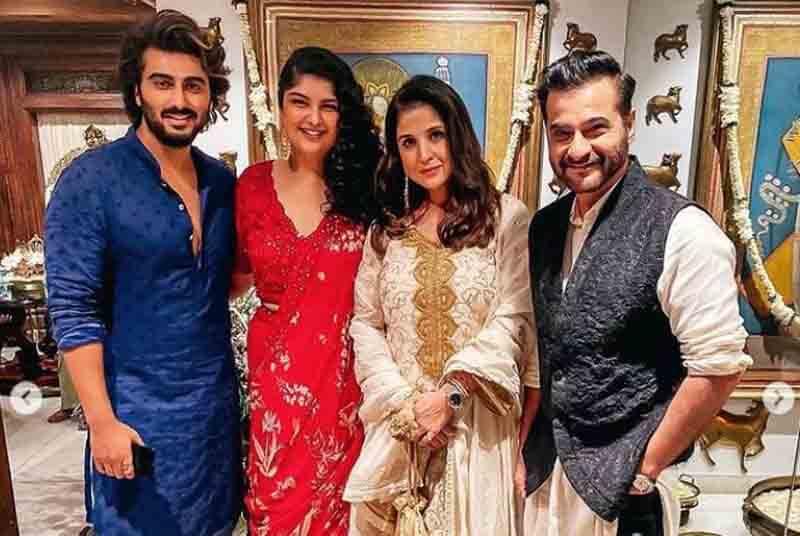 Anil Kapoor’s nephew, Mohit Marwah, and his wife, Antara Motiwala Marwah, recently hosted a baby shower, commonly referred to as a ‘godhbharai’ ceremony in India. It was attended by many members of the extended Kapoor family, who had just come out of another family celebration – Rhea Kapoor’s wedding.

All the cousins had a gala time as they came together to celebrate the anticipation of bringing new life into the world, and a new face into their clan. The Instagram photos reveal that most of the younger generation from the family had come, and only some like Jahnvi, were missing. Even newly-married Rhea came to this glamorous reunion, along with her sister Sonam. The sisters didn’t tag their husbands along for this family function.

Most of the Kapoor parents were missing from this special event, except Sanjay’s wife Maheep, who recently gained attention for her Netflix reality show. She accompanied her daughter Shanaya to the event. From Boney’s house too, only the youngsters came – his daughters Khushi and Anshula, and his son Arjun.

Yatharth Vohra is a multifaceted media student from New Delhi, working passionately towards changing the way masses interact with each other in this new age. With a varied experience across industries, from radio to fashion to digital marketing, he aims to venture into political communication soon.

Stay Alive is an amalgamation of my musical journey, says Style Bhai

The Kapoors celebrate again – This time, for a…